International students make up a significant population of doctoral students at many universities worldwide, particularly at Western universities such as those in the US, UK, Canada, Australia and New Zealand. In New Zealand, 16 per cent of students pursuing doctoral study are international students, and  about a fifth of them remain in New Zealand to work. The presence of these scholars from overseas is part of the larger phenomenon of internationalization of higher education. Engagement with a global research community not only contributes to countries’ economic and political developments, but are of direct financial benefit to the institutions (Larner, 2015).

Larner (2015) has identified these global scholars and similar others as diasporic academics. Diasporic academics are those with multiple national affiliations. Examples of such academics include a researcher from one country based in another country working on a collaborative project, and a doctoral student from one country carrying out research in another country, or travelling between countries for research purposes. Diasporic academics are valuable because they act as transnational knowledge brokers or academic intermediaries. They broker international relationships between countries by using “their experiential understandings, linguistic skills and ability to read cultural nuance by providing insider accounts” (Larner, 2015, p. 202).

Secondly, there is no policy or consistent practice of cultivating a community of practice where international doctoral students are socialized into the research and campus community. This is exacerbated in the climate of restructuring in higher education institutions, leadership positions may see several faces in a short period of time or remain vacant for several months. In terms of overseeing doctoral students’ affairs, one leader’s good practices may not be taken up by the next, or intentions to organize gatherings and seminars for students may not materialize due to already stretched resources because of the university wide restructuring efforts. Based on my experiences, meetings for doctoral students to socialize with peers and faculty members are far too few to lead to meaningful social or mentoring relationships. As outsiders of the local research community, international doctoral students are further disadvantaged in a culture where it is who you know that counts.

Finally, when gatherings are organized for international doctoral students with the purpose of providing a supportive environment, critics point out how such groupings promote segregation. International students, however, appreciate such opportunities to connect with peers and mitigate the isolating nature of doctoral work. I’m therefore disappointed by comments that imply the undesirability of ‘international only’ groups. Instead of promoting a discourse of ‘us versus them’, perhaps those critics should think about cultivating an inclusive culture at the faculty. 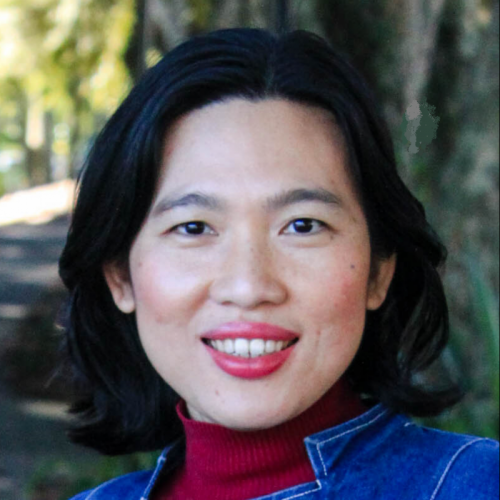 By Sherrie Lee
on December 6, 2017
last updated December 6, 2017Sherrie Lee is from Singapore and a PhD candidate at the University of Waikato. Her doctoral research uses the concept of brokering to investigate the informal learning practices among international students at a New Zealand university. Using focused ethnography, the research examines participants’ brokering interactions with others. Her research also takes on a reflexive approach in understanding cross-cultural aspects of the research such as translation and representation.Keywords: Community Engagement, International doctoral students, New Zealand, UK, USA, Share this article:
..